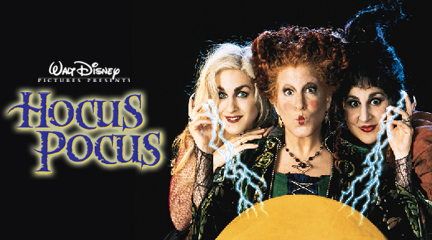 Today is the beginning of an all-new series on this blog and I’m so excited to share it with you.

I love movies. I love talking about movies, watching movies, and binge-watching movie reviews on YouTube way more than television. That’s not to say that TV can’t be good or enjoyable, but I personally can’t make the commitment to sit down at the same time every week to watch the next episode or spend an entire weekend watching a whole series on Netflix. The only reason I still have Netflix is for the instant streaming movies and DVD delivery. I would rather watch a whole story completed in two and a half hours as opposed to several seasons of 60-minute morsels. But that’s just me.

I’ve seen a lot of movies over the past 23 years, The Good, The Bad, and The Ugly. (Actually, I haven’t seen that one.) However, whenever I talk about movies, there’s a good chance that someone will bring up a really popular movie that I haven’t seen. And when I reveal that I have not seen said movie, this person’s reaction runs along the lines of “WHAAAT?! HOW HAVE YOU NOT SEEN THIS MOVIE? HOW ARE YOU STILL CONSIDERED A HUMAN?! PUT YOUR ENTIRE LIFE ON HOLD BECAUSE YOU NEED TO SEE THIS MOVIE RIGHT NOW!”

Don’t believe me? Here’s a list of beloved and popular movies that I had not seen up until 2014 or so: Naked Gun. Spaceballs. A Christmas Story. Clueless. (500) Days of Summer. Enchanted. A Muppet Christmas Carol.

In an effort to shorten my Netflix queue, I present “First Impressions,” a series in which I will write short reviews of popular movies that I somehow missed. These might be scattered thoughts or full-blown analyses, but I will try to keep them under 200 words. For a rating system, I’ll be using the Worth Meter used by YouTubers like Matt Guion, found here. Then, I will present three choices for my next review, and YOU, my beloved readers, will vote on which movie I just have to see next.

This idea was partly inspired by a conversation with a coworker, who was horrified that I had somehow missed a certain Halloween classic.

Therefore, my first review will be of the trippiest, scariest movie to came out of 1993: Hocus Pocus.

At the beginning of October 2014, I began my year in Compiègne with the Teaching Assistant Program in France. One year ago.

I was supposed to arrive at the end of September, but plane engine issues coupled with airport strikes in Paris (Ah, la joie des grèves françaises!) delayed my arrival in France by 10 hours. However, I arrived. And what a year I had!

When many people describe a profound experience, they say it “changed my life.” This often implies that something (a quality, an idea, a person) was missing before the event took place. My seven months in Compiègne were not life-changing in the sense that I became someone I wasn’t. Rather, I changed because qualities that lay dormant in me were revived and strengthened, and even some faults were diminished. I begin to think that growth is not so much an addition or subtraction as it is a refinement of spirit. If God formed us fearfully and wonderfully, He must have given us everything we need to go through life, and sends people or experiences into our lives accordingly to draw out and refine these different qualities in us.

I’m not going to write a “listicle” for this topic because it’s too simple. Rather, I’ll just share two of the most poignant lessons from my time in France, hopefully in a semi-coherent manner.

I’ll be honest: I’m no expert on children.  I took a babysitting class in middle school, but there were never any kids in my neighborhood to babysit, and my youngest cousins lived far away. I never took a pedagogy class in college. So no, I didn’t really know what I was in for when I accepted a position teaching middle school English. Since I returned home, I’ve gotten a lot of messages from prospective teaching assistants expressing the same fear: “I don’t know what I’m doing. I’ve never taught anyone anything! How am I supposed to teach them for a whole year?” To those assistants who might be reading this post: you don’t need a long resume of teaching experience to do this. You just need to be a resource.

On January 7, 2015, the Paris offices of the satirical magazine Charlie Hebdo were attacked, and many of France’s prominent political cartoonists were killed. The next day, I walked into my weekly conversation club with a lesson all ready. One of my students raised his hand and said, “Miss, can we talk about Charlie Hebdo?” I could see the fear and pain in the eyes of my 12- and 13-year-old students, so I agreed. We spent the whole hour discussing the event (in English) and I said very little. The class carried the conversation all on its own. My only remark was at the end of the lesson: “There are many people in the United States who are thinking of you and who support you.”

Kids are used to adults not taking them seriously. It used to infuriate me when I was younger, and I’m sure it was the same for you. The best thing you can be for any child is a willing listener.

Outside from teaching, I became bolder. I learned bite the bullet of fear and take chances, especially when it came to meeting new friends.

There is a stereotype that the French are not as friendly and open as Americans are. In my experience, this is only partly true. Most of the French people I met were very friendly and open, especially once they found out I could speak French well. But it was not the same smothering friendliness that you often see from Americans. It was a reserved politeness that slowly, organically developed into friendship.

I found out about the Communauté Chrétienne des Étudiants (Catholic community at the local university), a week or two after I arrived. It took me another month to work up the courage to attend a meeting. What sort of community was this? What if they never had an international student before? What if my French wasn’t good enough? And was I even allowed to join because I wasn’t a student?

God makes swift work of our doubts when we trust Him and take a leap of faith. I attended my first CCE Mass and dinner in November, and my only regret was not going sooner! In this community, I found warm, welcoming people from all over France and the world who cared about me and made me feel at home. Some of my best memories of the year come from this community. It was so wonderful to make real French friends!

And of course, I can’t forget the other language assistants I met from all over the world, an eclectic little family of expats that supported one another exploring a new country. And abundant kindness flowed in from my roommates, my coworkers, my students and their families, and even the everyday compiègnois. Most greeted me with a kind bonjour and smile, and many went beyond the call of politeness, inviting me to dinners and parties, or taking me on excursions to tourist sites in the area. It was truly heartbreaking to leave a place that had become like home in less than a year.

Toward the end of my stay, I thanked as many people as I could in person for their welcome and hospitality. One friend responded,  “It was nothing. You were so dynamic and happy that you fit right in.”

Goodness attracts goodness. You don’t have to be an outgoing or extroverted person to find friends in a strange land. You just need to be present, be open, be kind. There will be times of loneliness and homesickness, and that’s OK. But if you have courage enough to reach outside of yourself, you will make a home wherever you go.